The form was successfully submitted 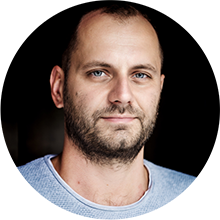 He studied history and completed his doctorate at Charles University in Prague in 2014. He is mainly interested in comparative fascism studies but covering a broad range of topics from 20th Century history in his research and teaching.

Since 2016, he is working at Institute of History of the Slovak Academy of Sciences and teaching at the Masaryk University in Brno. Since 2015 he is also working as a deputy editor-in-Chief at HistoryWeb.sk. He is a member of the International Association for Comparative Fascist Studies (ComFas). 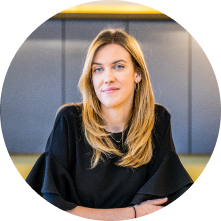 Studied EU foreign policy at the University of Leuven in Belgium. Since 2017, she has been working in think tank GLOBSEC where she focuses on strategic communication and both domestic and foreign influences undermining democratic standards and principles. She has led several domestic and international projects focusing on research, capacity-building, as well as awareness-raising about the impact of disinformation and hybrid threats on a range of target audiences. She has been leading the Center for Demoracy & Resilience since 2021. 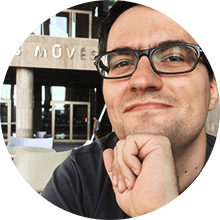 He studied political science at the Central European University in Budapest. Presently, he gives lectures at the Institute of European Studies and International Relations and specializes in democratic theories, modern political philosophy, and political theories.

He is also active as a columnist writing for SME.sk daily and jeToTak.sk in the fields of political science, political theory, and contemporary events. 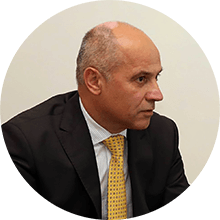 He studied statistical methods and theory of systems at the universities in Bratislava, Košice, and Prague. In his scientific and research work, he specializes in regional and local politics, regional innovation systems, strategic planning, and creative economics.

He is an editorial board member at the European Urban and Regional Studies and the Journal of Innovation and Entrepreneurship scientific magazines and an RSA (Regional Studies Association) Ambassador to the Slovak Republic. 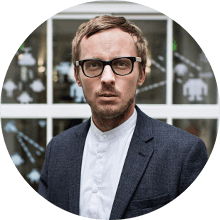 He writes short stories, novels, and blogs. His books were published in five languages.

The Wilson City movie was shot based on his novel. He translates prose and stage plays from German. He works at the Goethe Institute. 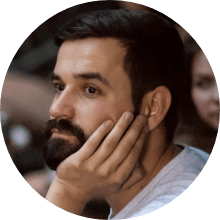 During his studies, his primary focus was on the impact of the internet and social media on society and political systems. He currently works as a communications consultant at Gerulata technologies, also serves as a moderator in the #somtu initiative, is behind the Self-Conscious Slovakia project, and is actively involved in raising media literacy among the Slovak public.

His other activities include working with youth and developing projects aimed at reducing the radicalisation of society, which led him to produce comics dedicated to personalities of Slovak history. 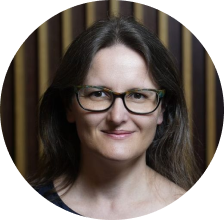 She graduated in history and ethnology, in 2009 she defended her dissertation on "Conspiracy Theories as a Narrative Phenomenon (Genre Analysis)" at the Faculty of Arts at Comenius University in Bratislava.

Since 2007 she has been working at the Institute of Ethnology and Social Anthropology of the Slovak Academy of Sciences, she is a member of the International Society for Folk Narrative Research, and a member of the Comparative Analysis of Conspiracy Theories international network. 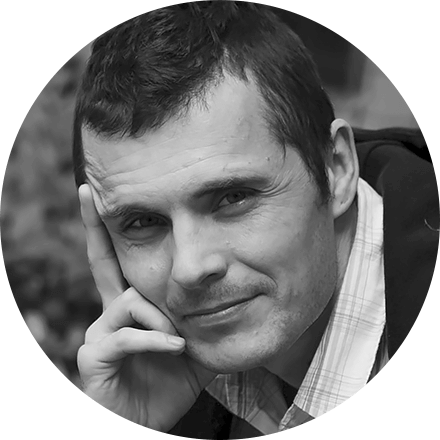 He is the founder and editor at priestori.sk magazine. He makes his living as a freelance artist, leading a group of professional dancers. He founded the Argolla productions artistic agency, at which he is a creative producer.

He has dedicated his spare time to independent publishing, regularly contributing by his articles to SME.sk daily, among others. In the past, he published 10 000 ďalšíchstromov (10,000 more trees), Kruhživota (Circle of Life) and ŽANŽ magazines. He is also the author of the Myths and Prejudice publication. 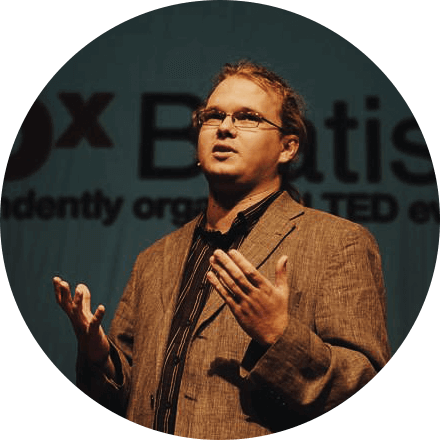 He studied medicine at the Faculty of Medicine, Pavel Jozef Šafárik University. During his studies, he was involved in the student scientific research in the field of endocrinology and internal medicine. He worked at the Institute of Anatomy where, as a student assistant, he led the practical trainingin autopsy.

While at the university, he and his colleagues and friends engaged in refuting medical misinformation spreading on the Internet and social networks. Together, they created lovcisarlatanov.sk (charlatan hunters) website where, as a group of doctors, they use arguments and scientific evidence to refute various fraudulent practices in alternative medicine. 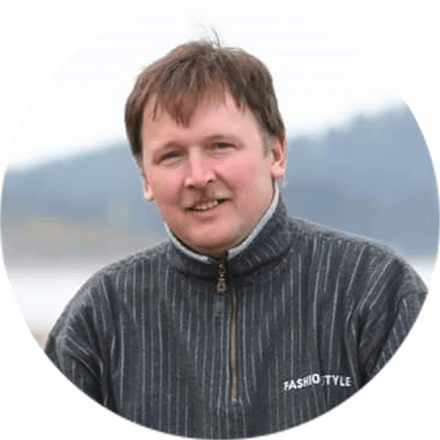 He focuses on uncovering falsehoods and delusions in relation to biology and natural sciences, being against manipulation or deception of people caused by any twisting of scientific or professional information. 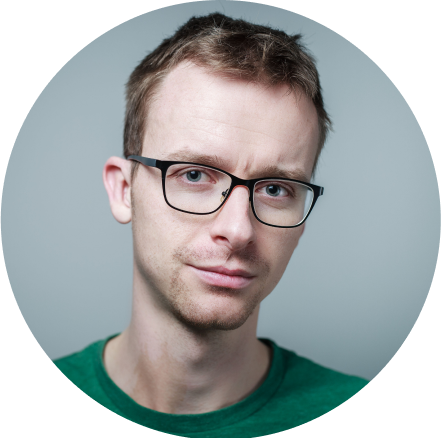 He is the editor at Denník N and author of the weekly newsletter MediaBrífing about the media, journalism, and internet. Previously, he worked at SME.sk. He was several times nominated for Novinárska cena (Journalist Award) and he received honorable mention for his contribution to the development of digital media and online journalism.

He gives lectures on online journalism and for a long time he has been specializing in the topic involving using fake commenters for marketing purposes. He analyzes the media and he researches the impact of social media on society. 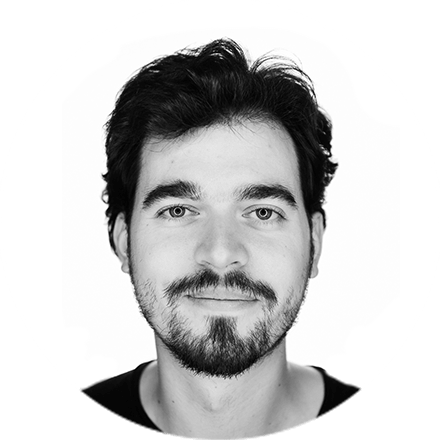 He cooperated in the creation and implementation of the concept for the Real-Time History SNP 70’ project for Slovak Television and Radio and also co-founded one of the first websites devoted to various cultural fields – artblog.sk 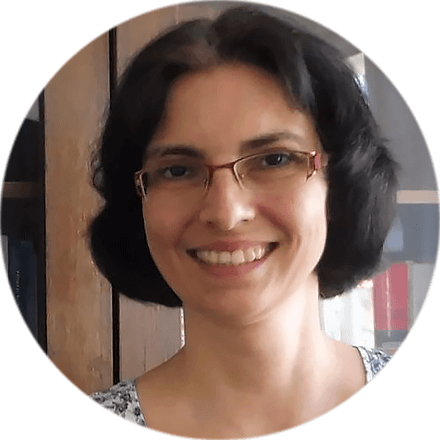 She studied history and philosophy at the Comenius University and modern history at the Central European University. She specializes in the history of propaganda and in the broader context of building regime loyalties, including the history of manipulation of the historical memory.

She is a scientific researcher at the Institute of History of the Slovak Academy of Sciences, holding selective seminars for the departments of History, Russian Studies and East European Studies at the Faculty of Philosophy, Comenius University.

Honorary members of the Review Board 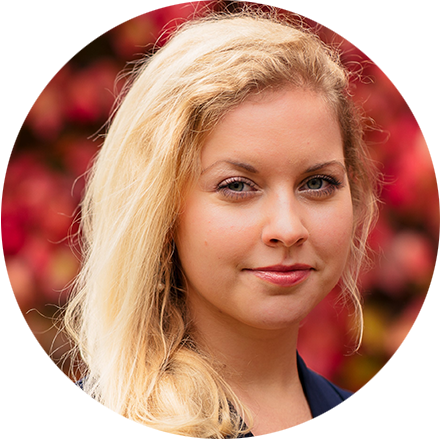 As a team member of Democracy & Resilience Programme at GLOBSEC Policy Institute, she analyses subversive efforts to undermine democratic societies as well as strategies, actors and tools utilised in influence operations.

She has overseen research projects focusing on the impact of social media disinformation campaigns on electoral processes in Europe. Further areas of interest include societal transformation in the era of digital platforms, strategic communication, and social media regulation. She holds a BA degree in Arabic and Russian Civilisation from the University of Leeds and a MA degree in International Relations from the University of York.

Miroslava worked as active member of review board from June 2020 until February 2022. 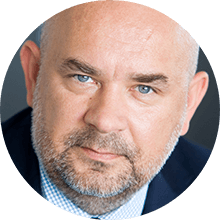 Vice-Chairman of the Publisher’s Association

He graduated from the Faculty of Philosophy, Comenius University in Bratislava. After finishing the school, he worked as an editor at the cultural section in Smena daily. In 1991 – 1992, he served as a war reporter in the conflict zones of the former Soviet Union.

He is a Vice-Chairman of the Slovak Press Publishers' Association and a Chairman of the Audit Bureau of Circulations – ABC SR. In January 1993, he founded the SME daily together with Karol Ježík and to this day he is a Managing Director and a Chairman of the Board of Directors at Petit Press. He authored the publication about SME daily – Manual for Survival, which was published in the USA, Russia, and Indonesia. 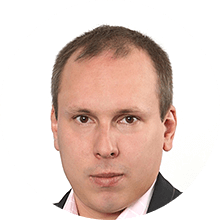 As early as during his studies at a business college, he worked as an editor at Pražskénoviny (Prague Newspaper). After graduating from the college, he worked at Blesk daily and later in MladáfrontaDNES as an editor. Between 1989 and 1999 he worked for TV Nova, at first as a reporter. In one year he got the opportunity to join the marketing department. In 2004, he began to study social and mass communication at the Faculty of Arts, Jan Palacký University in Olomouc. He received his master’s degree at the Jan Amos Comenius University in Prague. 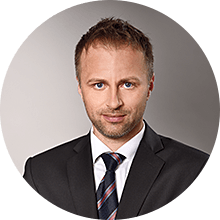 He graduated from the Faculty of Philosophy, Comenius University in Bratislava. During his studies, he wrote for several periodicals. Between 1997 and 2000 he worked as a reporter at Novýčas daily where he also covered topics such as corruption and organized crime. Later, he worked at several management positions in the Slovak media. Since 2009 he has been a director of Šport Press publishing house that publishes the Šport daily. 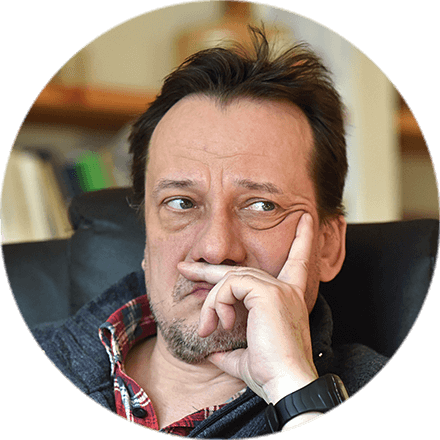 He graduated in political science from the Faculty of Philosophy, Comenius University in Bratislava (1992-1997). He then went to study philosophy at the Philosophical Institute of SAS, from which he graduated in 2001 with a PhD degree.

Since 2003 until present he has been a teacher at the Department of Political Science, Trnava University.

Tomas worked as active member of review board from project start until June 2018. 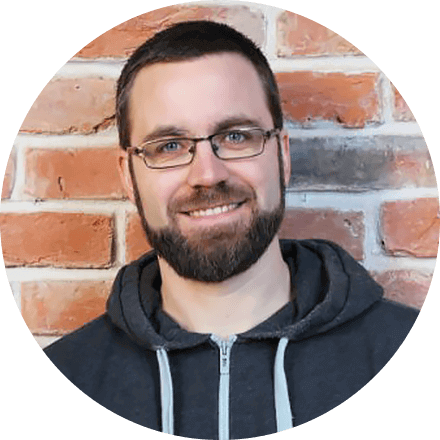 He has been active in the field of advertising and media for more than 10 years. In the last 5 years, he has been focusing on online marketing and campaign management for both Slovak and foreign clients.

He specializes in performance marketing and working with Google AdWords, Facebook, Twitter, LinkedIn and other advertising systems. He is a volunteer participating in demagog.sk, project aimed at verification of facts mentioned in political discussions and preparation of analyzes.

Tomas worked as active member of review board from project start until 30.11.2018. 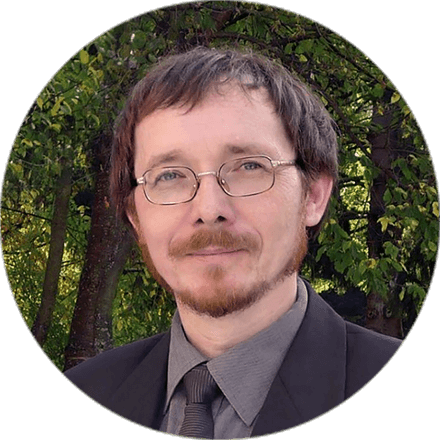 He teaches history and geography at the grammar school in Považská Bystrica. He is a member of ANTIKOR – a Slovak network of anti-corruption activists, lawyers and journalists. He participated in several campaigns run by EKOFÓRUM, a network of environmental organizations, and he was the environmental advisor to the Prime Minister Radičová. In 2015, he published the list of Czech and Slovak websites engaging in pro-Kremlin propaganda. He is the founder of DezinformácieHoaxy Propaganda (Disinformation Hoaxes Propaganda) Facebook page.

He participates and instructs at training courses in the field of anti-corruption activities, protection of human rights, communication and negotiation, teambuilding, environmental education, and school-based leisure education.

Juraj worked as active member of review board from project start until 27.3.2019. 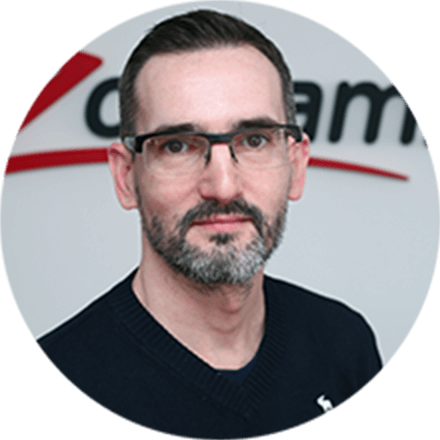 He has been serving as a CEO of Zoznam, s.r.o. since 2007, an internet company with the portfolio of 40 products mostly consisting of online magazines. He is also a CEO of Zoznam Mobile, s.r.o. His career in the telecommunication sector started in 2003 in Slovak Telekom at the position of a Head of Team Planning & Reporting.

Martin worked as active member of review board from project start until September 2019.

Where next? See our

Page list Inclusion criteria Who is behind the project